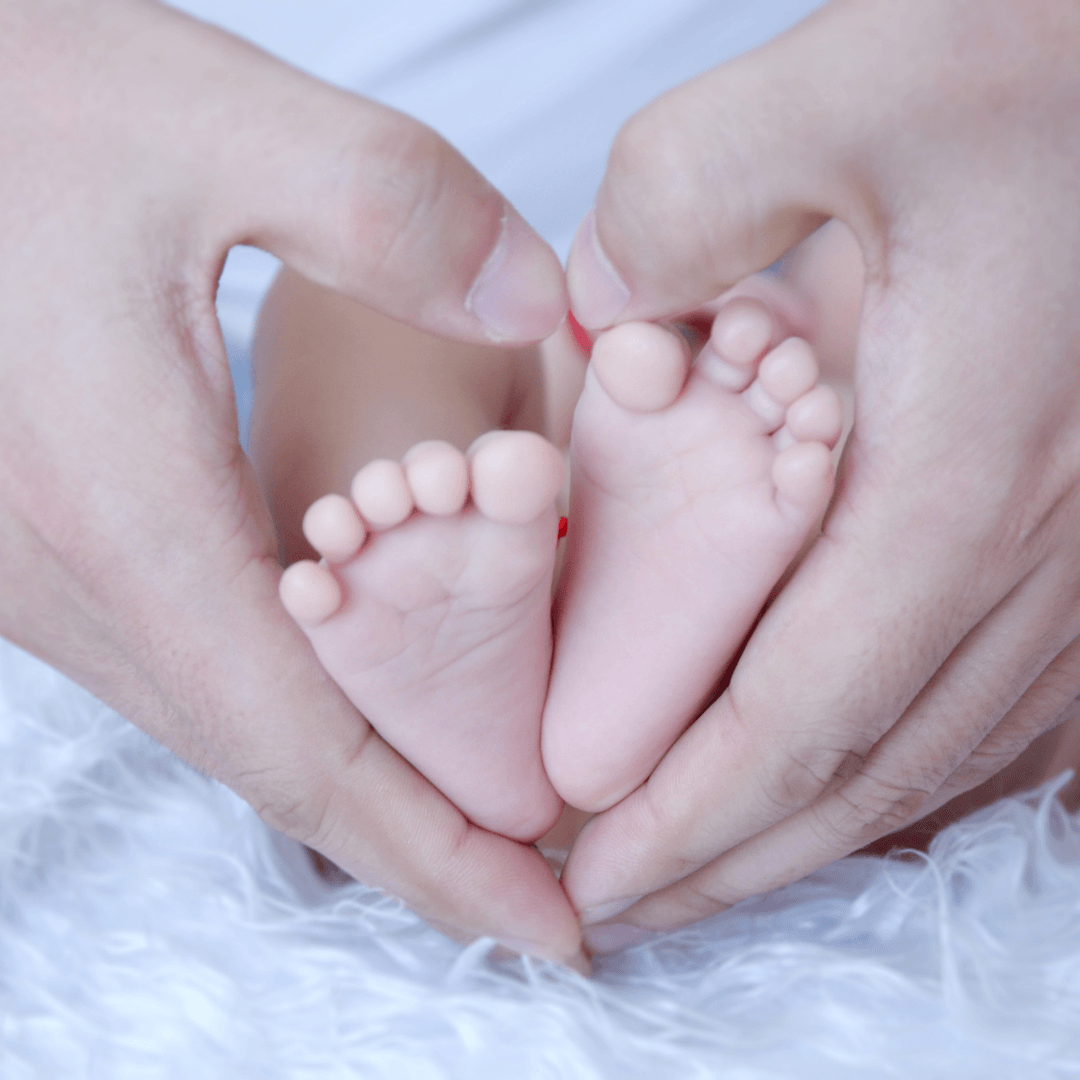 The CDC recently announced that the U.S. fertility rate has dropped, with women having on average 1.8 children each. This number is low enough for negative population growth. Many news outlets and opinion articles have portrayed this information in a negative light, to which I strongly object.

For example, CNN reports that the executive director of the American Public Health Association is “concerned” about these new statistics. A Medium subheading discusses who is to “blame” for the declining fertility rate before then going on to call out other news outlets for sensationalist headlines (for example, Insider’s “The U.S. Is in the Danger Zone for a ‘Demographic Time Bomb’”). This negative language assumes (incorrectly, in my opinion) that a drop in the U.S. fertility rate is a bad thing.

Here is why the declining U.S. fertility rate is a good thing, and why those of us who are of childbearing age should personally strive to continue to keep the birth rate low.

We are likely getting quite close to reaching the maximum population at which the earth can continue to support humanity. Of course, it is difficult to know with any kind of certainty how many people earth can support, since the limit has not yet been realized, and since it depends not just on the number of people but also on other factors, such as the amount of resource consumption by each person and the volume of resources humanity is able to sustainably produce.

Unfortunately, the global trend (particularly in developed countries) is that individuals are using more and more resources per person. In the U.S., new houses were 38% larger in 2002 compared to 1975, even though there are fewer individuals living in each home on average. And as of 2003, there are also more privately-owned cars in the U.S. than there are licensed drivers. These are just two examples of the ways in which we are consuming more and more.

Experts in the fields of environmental studies and development estimate that the maximum population the earth can sustain is somewhere between 9-11 billion depending on how much we are each able to reduce our carbon footprints and resource consumption.

We have just about met population capacity according to these estimates. The United Nations predicts that the world’s population may reach 9.7 billion by 2050 and 11 billion by 2100. At the time of this writing, that is just 31 and 81 years from now, respectively. Only three decades from now until humanity could face a widespread collapse or even extinction due to overpopulation.

2. Populations in other countries are still expanding.

It would be easy to look at the low fertility rate in the U.S. and think that it is okay for us as Americans to have as many children as we want, since the population is declining. But while the fertility rate has declined here in the U.S., it remains high in other parts of the world. The overall global fertility rate is 2.4, meaning that on average, each woman has 2.4 children. And in some countries, the rate is higher, with Niger topping the charts at 6.49 children per woman on average.

A fertility rate of 2.4 may not seem that high, but it is huge when you consider how many people there already are in the world. At the time of this writing, there are over 7.5 billion people in the world. And population grows exponentially, meaning the growth accelerates over time as more people are born and reproduce themselves (check out this article for a helpful explanation of exponential growth). So if you have one woman who has 2.4 daughters, who also go on to have 2.4 daughters each, who then in turn each have 2.4 children, you have gone from one person to nearly 23 people in just three generations. Exponential growth is what makes it is possible (indeed, likely) for the human population to grow from 7.5 billion people to 9.7 billion people in just 31 years.

In a global economy, it is not realistic for us to compartmentalize our own country’s fertility rate and make population decisions based on our data alone. Our food and other resource systems are so interconnected with those of other countries that we have to think about the total sum of the earth’s population, not just that in the United States. High fertility rates in other countries mean global population growth, which means strain on everyone’s resources.

3. You can still have children while contributing to a lower fertility rate.

As someone who is from the South, where family is highly valued, I get it, y’all! You want to have kids! And there is no need to panic about that in the face of overpopulation. You can still realize your dream of having a family while at the same time making sure that you are not contributing to a potential human collapse or extinction problem.

Obviously, the best way to confront the overpopulation issue is to not birth children at all. There are lots of children already here on earth who don’t have parents but need them! You can be the one to provide that loving home.

There over 437,000 children right here in the U.S. child welfare system who need adoptive and/or foster parents due to abusive or neglectful home environments. There are also children both in the U.S. and abroad whose biological parents have put them up for adoption through a private or government-run agency for a variety of reasons, typically because they are not equipped to provide for that child for whatever reason. Through foster care or adoption, you have the opportunity to do so much good for children in need while at the same time realizing your dream of having a family and contributing to intentional population control. (If you are interested in learning more about adoption, visit the Child Welfare Information Gateway, which has a wealth of information as well as a directory of foster care/adoption agencies).

The children in your life may also come in the form of nieces, nephews, students, or friends’ children. There are many ways to experience the joys (and trials!) of parenting children without actually becoming a parent yourself.

Of course, lowering our own personal birth rate isn’t the only way we can help contribute in a positive way toward the current population crisis. In addition to not having children or having fewer children, here are other ways we can help:

There are many developing countries in which contraceptives are not readily available. According to the U.N., 12% of women worldwide have an unmet need for contraception. 350 million women in the poorest countries did not have access to pregnancy prevention methods when they had their most recent child, despite not wanting to have a child at that time. By simply giving these women access to contraceptives, we can gain a greater handle on population explosion.

Outside of advocating for birth control access at a policy level, we can also donate to nonprofits who are providing contraceptives to women in need. Some examples of such nonprofits are the Bill & Melinda Gates Foundation, Pathfinder International, and the United Nations Population Fund.

2. Elevate the status of women.

In cultures that see a woman’s purpose as being primarily to serve a husband and bear children, women may have little to no say in their reproductive health and are often expected to birth as many healthy children as possible. By advocating for women’s rights, agency over their own bodies, and vocational options outside of homemaking, we give women choices about their lives, including when and if they will have children. In addition to being the right thing to do period, this can be an effective method for population control. Some organizations that work for women’s rights around the world are Human Rights Watch and the Global Fund for Women.

By consuming less and producing fewer greenhouse gases, we make it possible for more people to live on our planet. It is doubly unfair to hog more than our fair share of the earth’s resources (the U.S. makes up less than 5% of the world’s population while consuming 25% of fossil fuels worldwide–yikes!) while also expecting the planet to be able to support more and more people. There is a wealth of information available on the Internet about how to decrease your consumption and live a more eco-friendly lifestyle. Some good starting places are: Global Stewards, COTAP, Huffington Post, Good Energy, and of course, eco-focused posts here on Fairly Southern.

In our culture, it is often taboo to talk about birth and reproductive issues. We don’t want to be seen as meddling in others’ personal lives. But there is nothing wrong with starting honest, nonjudgemental conversations with our family and friends about overpopulation. Continuing to sweep the issue under the rug isn’t going to help anyone.

To Sum Things Up…

I believe that the low U.S. fertility rate should be celebrated, not mourned. Continued worldwide population growth has the potential to be catastrophic for humanity and our planet. By continuing a downward fertility trend, we may be able to positively impact the future of generations to come. And thankfully, there are still ways to realize our dreams of kids and family without contributing to a burgeoning population. Let’s do it, friends!