Everyone here in the hot and humid South knows that once you’ve got a good deodorant, you don’t mess with it. As long as you’re smelling nice and not experiencing any irritation, you’re golden. That is, until you learn about the nasty ingredients lurking in your favorite deodorant!

Deodorant was actually one of the first clean beauty switches I made. Two years ago or so, I noticed natural deodorants for sale on Thrive Market. I assumed that if these deodorants were natural and good for me, that must mean the Secret deodorant I had been using for 10+ years was NOT good for me. Sound familiar? This was my same line of reasoning when I first decided to venture into the land of natural body washes.

So, I ordered some natural deodorant. I was excited to find that it smelled pretty good! At least, for a few minutes. After a few hours, however, things were starting to smell less-than-nice. I was a little startled, because I’ve never been a person to struggle with sweat or body odor issues. But, I figured that maybe this particular brand wasn’t the greatest, and I ordered a different natural deodorant to try.

I was ecstatic when I found that the second deodorant kept me smelling fresh all day! Here I was, smelling great AND wearing something good for my body. What a win!

Painful red lumps about the size of Skittles began popping up in my armpits. After a few days, I had over 20 lumps in each armpit. My armpits were itchy and hurt every time I lifted my arms. I couldn’t shave, and I could barely stand to rub on deodorant. I had obviously reacted terribly to the deodorant, which really ticked me off, since the ingredients were supposed to be natural and good for me. Forget this, I thought, I’m switching back to Secret. At least it didn’t give me the plague!

So, I gratefully switched back to my Secret deodorant and didn’t think about natural deodorant again until a little over a year ago, when I visited Be Pure Beauty for the first time.

I told Be Pure Beauty owner April about my bad experiences with natural deodorants. She guessed (correctly, I think), that I likely had a somewhat rare reaction to the baking soda in the natural deodorant. She encouraged me to try Schmidt’s Natural Deodorant Sensitive Skin Formula, which does not contain baking soda. With some trepidation, I bought it and took it home to try. 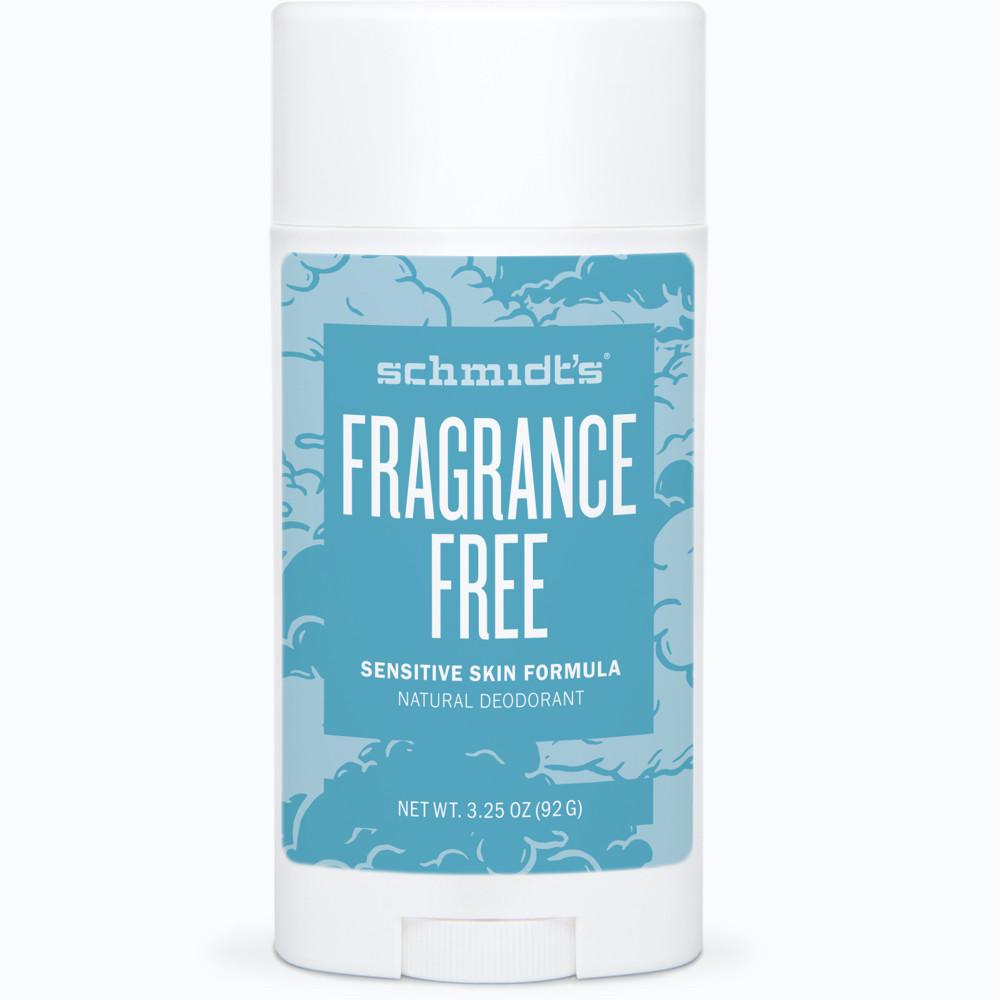 Schmidt’s Natural Deodorant scores a 3 on the Think Dirty scale, which is in the good range in terms of clean ingredients! The Sensitive Skin Formula stick that I use doesn’t have much of a scent since it is fragrance-free. It lasts all day as long as I am not actually sweating. If it’s warm outside or if I’m going to be exercising, I usually have to reapply, which is something I did not have to do when I used regular deodorant. I am still looking at other natural deodorants to see if there is a baking soda-free formula that is even longer lasting.  But for now, I am happy to have found a reasonably good natural deodorant that doesn’t turn my armpits into a minefield of painful lumps! Or, you know, give me cancer.

It has really only been after I made the switch to natural deodorant that I have learned about all of the nasty ingredients lurking in many mainstream deodorants. For example, my beloved Secret deodorant houses fragrance (hormone disruptor/allergen), TALC (respiratory/skin irritant, possible ovarian cancer carcinogen), petrolatum (irritant and possible carcinogen), and aluminum zirconium tetrachlorohydrex gly (possible neurotoxin and/or carcinogen). Yuck!! 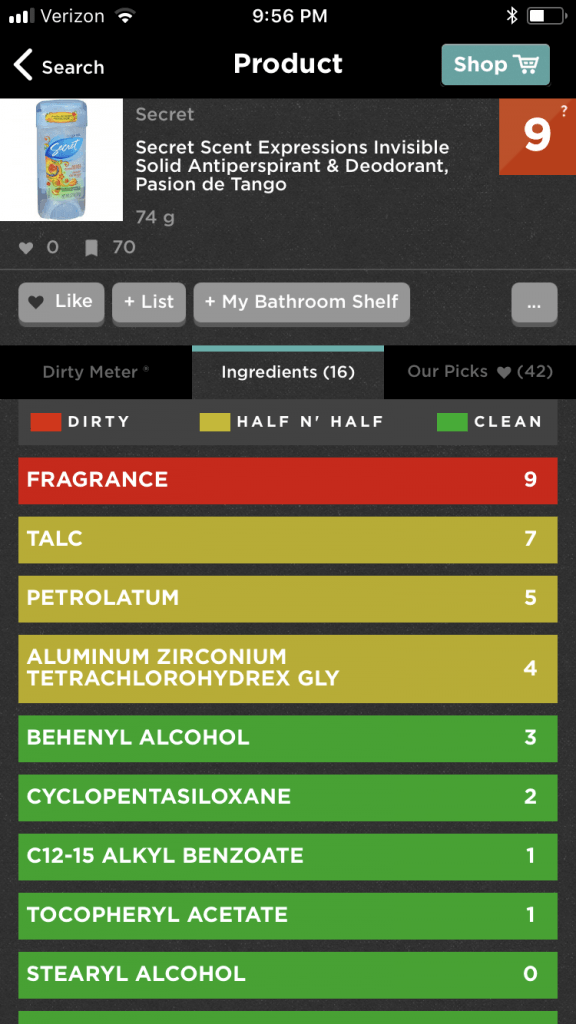 If you’re ready to find a natural deodorant that works for you, I recommend checking out this guide from Reviews.com, which details some of the most effective natural deodorant formulas currently on the market. A team of researchers analyzed the ingredients of 155 products labeled as natural deodorant, eliminating those containing potential irritants and aluminum. I was surprised to learn that a lot of natural deodorants (including Tom’s of Maine and Crystal) include aluminum. Their aluminum just happens to be mined from the ground, so it can be argued to be natural. It’s a bit ironic, considering that the popularization of natural deodorant was a reaction to concerns about aluminum. Scientific studies suggest that aluminum exposure might increase the risk of developing Alzheimer’s disease and breast cancer.

The Reviews.com researchers instead sought out natural deodorant formulas containing coconut oil, zinc oxide, and/or baking soda. These natural ingredients have the strongest evidence backing their ability to neutralize odors. The reviewers then hand-tested these formulas for scent, ease of application, and residue. They concluded their research with six top picks, which you can check out here!

I’d love to hear from you in the comments if you have a natural deodorant that you love! And, I also want to hear from anyone else who has had a natural beauty product horror story. Beauty disaster victims unite!

P.S. – I was not compensated for this post in any way.  All opinions are my own! This post does contain affiliate links, which means that if you click on a link and purchase a product, I may receive compensation.