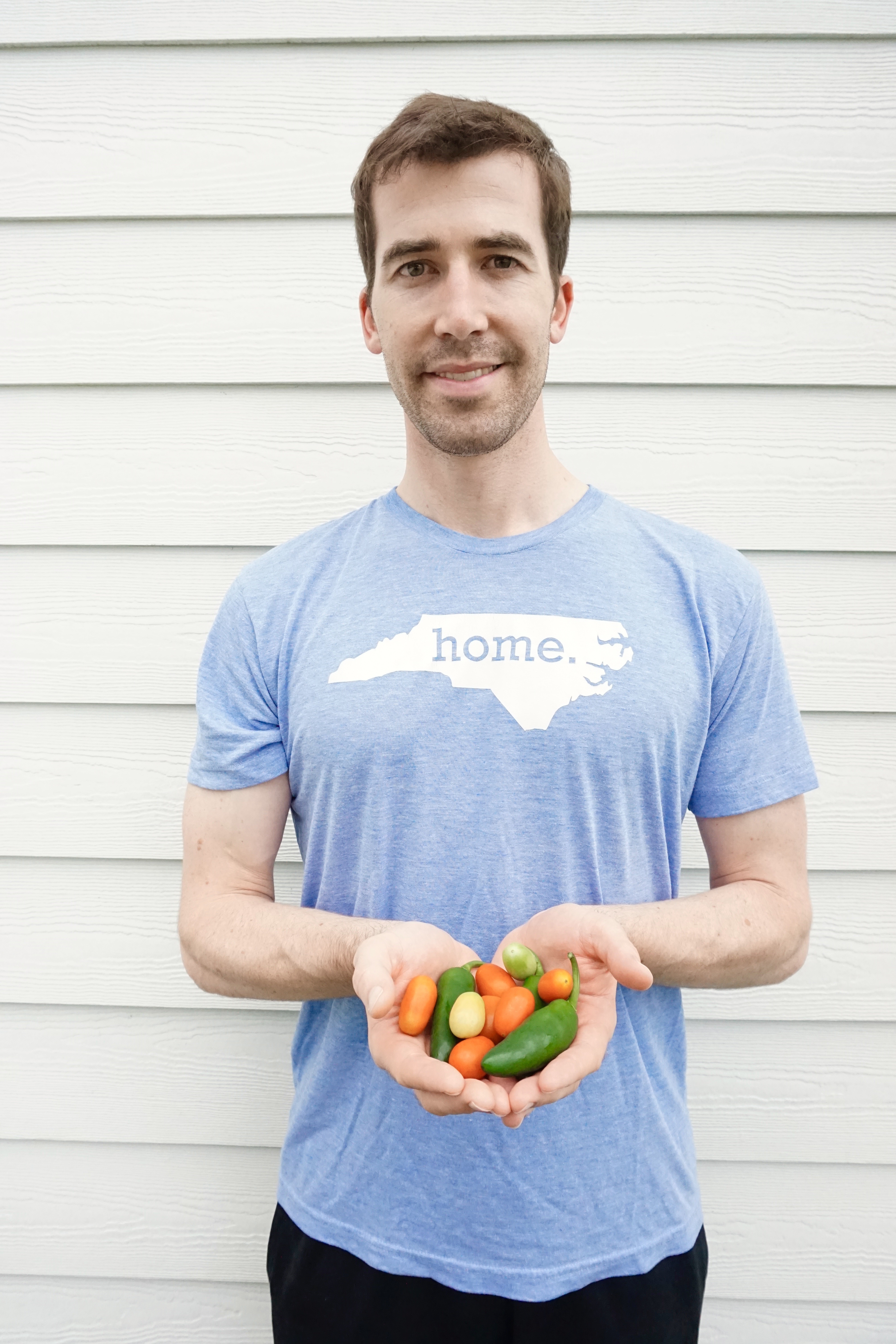 A guest post by Wes, my Fairly Southern husband.

In March, I gave up meat for Lent.

If I shared a meal with you over the Lent season, I undeniably mentioned at some point that I had given up meat. I’m sorry. Growing up, I was always a “meat and potatoes” kind of guy. Those were the meals my family frequently ate and are frankly what I enjoyed the most when going out. However, I’ve been fortunate that I married someone who has always challenged me to try new things. I’m also fortunate that my church community challenged our congregation to engage in practices over the Lent season that were not only personally challenging to ourselves but also promoted sustainability and glorified this beautiful earth. Some examples include living zero waste, purchasing ethically produced clothing, giving up our normal expensive vices, etc.

Along with some of these weekly challenges, I gave up eating meat during the entire Lent season. Looking back, I have to say, it wasn’t that bad. In a way, I don’t really feel like I gave up that much. Yes, Chicken Supremes are awesome, but eating healthy and delicious meals that also promote efficient uses of our natural resources is just as satisfying. Over this time period, I’ve also taken the time to educate myself about meat and learned some things that have really surprised me that I thought I would share.

Eating meat is incredibly ingrained in our culture.

Watching TV (okay, mainly sports) over the past several months, it’s amazing how much meat you see advertised. But this doesn’t only include the usual fast food and restaurant commercials. As I’m typing this and watching ESPN, there was a car oil commercial where every person in the car had a juicy cheeseburger in their hand. These advertisements represent subtle and overt ways the meat industry markets their products to manipulate our expectations of what a normal meal constitutes. Next time you’re watching TV, try to take notice of how often meat is advertised either directly or indirectly. You may be surprised.

As I was ending my non-meat marathon, The News and Observer published an article about how researchers at NC State are trying to solve one of our world’s biggest future problems: how to feed the world. Presently the world has a population of around 7.5 billion people, and we’re expected to hit 10 billion by 2050. If the average person consumes 2,000 calories per day, we will need to produce an additional 730,000 calories per person per year– times 2.5 BILLION! That’s a lot of food. But as the population grows, we will also be using more of our arable land to house the growing population, when that land could be used for agriculture. That’s where eating less meat can play a big difference. Out of curiosity, I went online to research how efficient eating meat truly is. Generally, one acre of land is needed to produce enough grass to feed a single cow, and one cow typically generates around 1.1 million calories. That sounds like a lot.

However, when you compare that to other fruits and vegetables, meat pales in comparison. Want to know how many calories of potatoes you can produce on one acre? 17.8 million! Otherwise said, its takes roughly 17 times more land meant for cow grazing to produce what you can get from a single acre of potatoes. However, potatoes don’t even generate the largest yield. Jackfruits produce an estimated yield of 38.4 million pounds per acre, and that’s only considering the edible fruit and not other parts of the plant that are also edible, such as the seeds.

There are a lot of meat substitutes that taste just like meat! (REALLY!)

If you’re going vegetarian, is it cheating if you eat meals full of foods that aren’t meat but are designed to taste like meat? I don’t think so. The point is to eat good foods that are also good for the environment. Here are a few substitutes I’ve come across over the past few months that are pretty darn close to their meat counterparts.

For this we are going back to our heavy-yield-per-acre jackfruit. Honestly, I had never seen or heard of jackfruit until Laura made a recipe last year. A jackfruit is a fig-like tree that produces large fruit that can weigh up to 120 pounds each! They have become popular because their inner fruit resembles the consistency and look of actual meat– just add some seasoning and you’re good to go. For example, take a look at this jackfruit sandwich. Looks and tastes a lot like barbecue!

Earlier this year Burger King did a trial in the St. Louis area of having a vegetarian burger on their menu. It was so successful that they are now adding it nationwide— along with Red Robin and Whitecastle. Enter the Impossible Burger. This veggie burger looks and tastes just like a beef burger. The patty is made mostly of pea protein and beets, which gives it a pink tint and makes the burger actually appear to bleed as it cooks.

For another beef substitute, if you’re not in the market for a burger but want a beef taco or nachos (two of my favorites), I recommend trying Trader Joe’s soy chorizo.  It has a similar texture and taste to your favorite seasoned ground beef.

I have not yet found a great homemade recipe to replace chicken.  Normally when we’re making stir fry or pasta, we cut up and bake some tofu as an alternative. As we make it, it does not taste exactly like chicken and has a different texture but nevertheless satisfies that little something extra that you need in the dish. However, if you are in desperate need for that nice juicy chicken breast and are in the Raleigh area, I recommend The Fiction Kitchen’s soy chicken and waffles. This crispy, deep fried patty is everything you could have ever dreamed of!

Meat has a negative impact on the environment.

Finally, I want to speak briefly about the environmental impact of eating meat. Currently agriculture accounts for 9% of U.S. greenhouse gas emissions, which exceeds what the entire UK emits each year. If the entire United States ate vegetarian for just one day, it would have the impact of reducing CO2 emissions by 1.2 million tons (more than the nation of France produces in all activities per day) and conserving three million acres of land. Other environmental benefits of reducing meat consumption include gasoline saved from transporting less meat, the need to produce less crops to feed the excess animals, the water saved from raising and processing the meat, soil erosion, etc.

So, am I giving up meat for good?

In conclusion, am I going to give up meat totally?  No. See Supremes, Chicken. But having gone through this experience, which I recommend you try, I am more aware of the impact of the decisions I am making about what I put into my body. When possible, I plan to avoid meat as much as I can in the future.